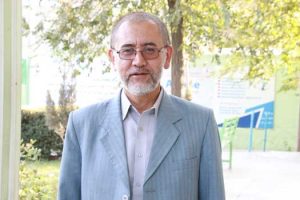 So far, more than 20 research papers on various political, social and intellectual issues have been published in the journal ‘Political Science’ of Baqer-ul-Ullum University in Qom, Middle East Center for Middle East Studies in Tehran, the “New Discourse” Quarterly Qom, Iran, Journal “development” of Afghan students in Iran (Tehran), “The Journal of Seraj” the authors based Afghan city of Qom, Iran encyclopedia “encyclopedia of the Islamic world” under the supervision of doctor Haddad Adel in Tehran and some other series which have been held at various seminars in Iran, have been published. The titles of some of these articles are as follows:

Dr. Arifi’s teaching experience started in Iran in 2006. In 2008, he came to Kabul and began his work with Kateb University at the Department of Political Science as a faculty member. He is currently the Head of the Law and Political Science.

More from my site