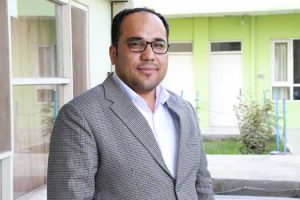 He has received an acknowledgement certificate from Afghan Ministry of Defense Military Academy (Marshal Fahim Military University) and was selected as exchange student to study in University of Tehran.

Dr. Jafari has several research activities and presentations. Few are as follows:

Dr. Jafari has appeared in tens of newspaper articles and media interviews about foreign policy and international politics.

He is the current Vice Chancellor for Academic Affairs at Kateb University. He has been the dean of Department of Political Science and Law from December 2017 up to June 2018. He has also served the university as Head of Department of Political Science at Kateb University from April 2010 to November 2017. Dr. Jafari Participated in ‘International Training of Democratic Decentralization – LOGIN and KILA’ on 25 – 30 September 2017 in Kerala, India. Prior to that he has provided educational and research services to the Afghan Ministry of Defense Military Academy (Marshal Fahim Military University) from May-September 2017. Moreover, he participated in LOGIN Asia Thematic Learning Communities (TLCs) for capacity building of local government from 25 to 27 May 2017 in Sri Lanka.

As part of his professional experiences, he has also worked as senior consultant for GIZ (Germany) for literacy from May 2016 to November 2016. In 2014, he was the Chief Executive of Afra Foundation (Center for Research and Strategic Studies). Since 2013, he has been a member of editorial board in the Pejuhan Scientific Quarterly Journal of Humanities Studies. Simultaneously, he has been teaching International Relations and Diplomacy at Kateb University to graduate and undergraduate level students. From 2008 to 2016, he worked as the head of Political Section in Rahe Farda radio and television. At the same time he was an advisor to the Parliamentary Hearing and Complaints Committee.